Videography and photography by Luke Duggleby

Becoming a full-time environmental activist was never part of the plan. For Jintana Kaewkao, a 50 year old mother of three.

“Becoming a full-time environmental activist was never part of the plan. Jintana KaewKao, a 50 year old mother of three, moved to her quiet coastal village of Ban Krut in the Prachuab Khirikhan province of Thailand when she was 20 years old. She married a local man and opened up a small grocery shop. Life was quiet and simple.

Fast forward a little less than 20 years: “I just sat in the [jail] cell on my own, not seeing anyone and too scared to eat for fear they poisoned the food.” In the year 2001, this was the reality of KaewKao, who is now known as the coal activist leading a crusade for over a decade against the Union Power Development Company, Ltd (UPDC).

In the late 1990s, UPDC, with the help of foreign investors, starting buying coastal land under the pretense of building a tourist resort, while planning to cut down 10,000 coconut trees to construct a 1.4 GW coal power plant.

The power plant proposal ignited debates between local citizens and the Electricity Generating Authority of Thailand, the state body responsible for the majority of the country’s energy generation. Although the plant would create jobs and provide much-needed electricity to the village, the resulting waste would harm the crops and livestock of farmers, kill marine life, and damage coastal coral.

In response, as one of her first protests against fossil fuels, she organized in 1998 the people of Prachuab Khirikhan to march on the South Highway and block traffic. She even purchased shares in Union Power’s stockholding company Saha-Union for 300 Baht (US $7.50), so that she could attend shareholder meetings and voice her opinion.

At first glance, KaewKao does not seem like an obvious entrant into the political or legal spheres. She describes herself as, first and foremost, a mother of three from a fishing village with a love for the natural environment.

KaewKao began to acknowledge the extent of the danger faced by her loved ones after an attempted assassination on her life just a year after founding the Ban Krut Conservation Group in her village. In the neighboring village, Bo Nok, the assassination of fellow campaigner Charoen Wataksorn in 2004 made things worse.

KaewKao faced gunmen again in 2008, and 2009, and was imprisoned many times for speaking out against government officials and business executives. In 2005, the Supreme Court of Thailand convicted her of illegally trespassing on Union Power’s private property to present a petition. “I had to think where my children would live, so I placed them with different relatives,” explains KaewKao. She continues, “I can’t believe I only tried to save my village, and this [was] the result of it!”

Although she frequently had to jeopardize comfort and safety, the Ban Krut Conservation Group has succeeded in promoting renewable energy and preventing the construction of the coal plant. To mobilize others, KaewKao did not start with a lot of resources with which to campaign against people in power, yet she used the science she learned to educate other villagers.

“I’ve heard about climate change for over 10 years from newspapers, magazines, and TV,” she says. “I didn’t quite understand climate change until I started fighting against the construction of the factory… I’ve tried to read more about it. I started learning that if there is an increase in temperature, the heat will increase the temperature and glaciers will melt. The spirit of fighting gave me knowledge.”

Through her intuition and courage, KaewKao has received praise from many international agencies and non-governmental groups, including Greenpeace and the Asian Human Rights Commission. When she talks about her village, her voice softens. She animatedly points into the distance at the alluring blue waters. “Today we can come to this beach. Look at the horizon. What we’ve done led to a great change. We can still touch the sand and palm trees.”

KaewKao concludes, “I want everyone to know that only talking about climate change will not help. If a coal factory or some kind of industrial development is built in your village, you should be aware of what will happen… It’s not just putting a badge on or carrying a biodegradable material bag as some celebrities do claiming they are stopping global warming. We all need to start looking after our home.” 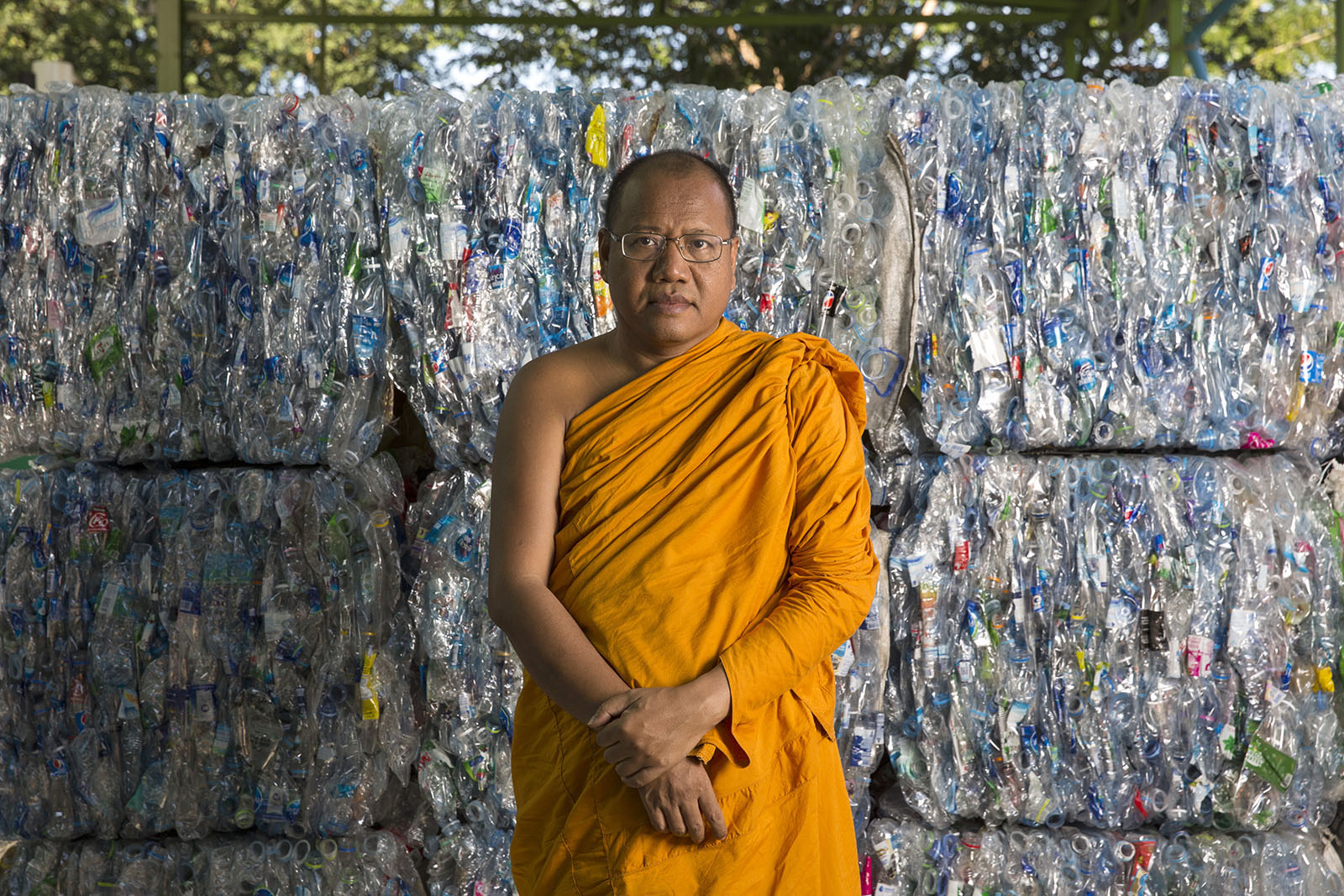 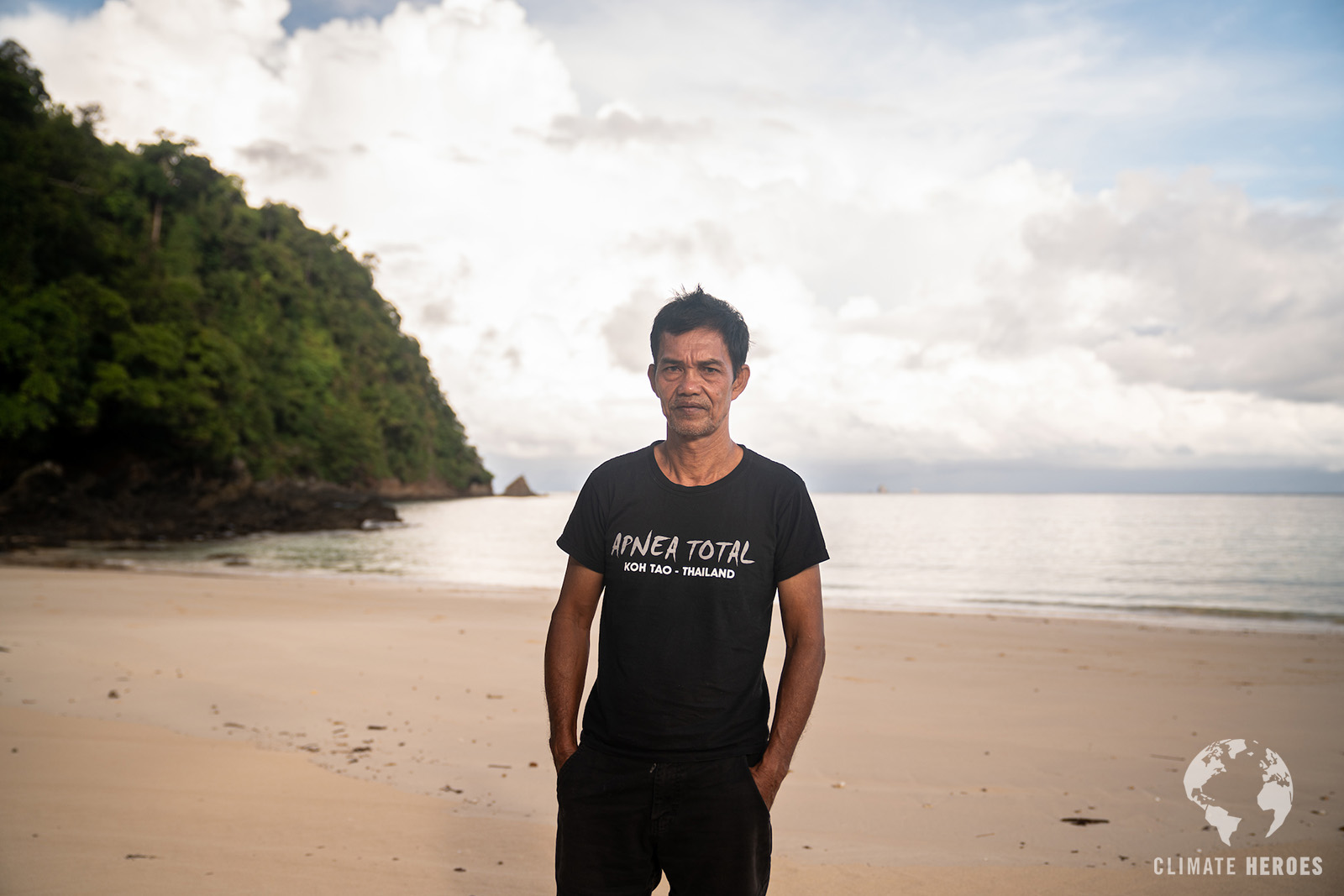