Bun Saluth is Cambodia’s pioneer of the Buddhist environmental movement. In 2002 he succeeded, despite having been threatened with his life, in being able to legally protect 18,261 hectares of evergreen forest now called the Monks Community Forest, which he still safeguards today.

“I first heard about climate change when I was studying the teachings of Buddha. He teaches us that nothing is permanent,” says Bun Saluth a Cambodian monk who has devoted himself the past twelve years to preserving the 18,261 hectares of forest land in the Oddar Meanchey province of Cambodia. Under Saluth’s leadership and after twelve years of dedication, he has succeeded in creating the Monk’s Community Forest (MCF), the largest community managed forest conservation site in Cambodia.

He grew up as the son of a Cambodian farmer, but eventually left his home to become a Buddhist monk. His journey led him to Thailand where he got in contact with the “ecology monks,” a subset of Engaged Buddhism.

“Buddhism plays a very important role in conserving nature,” Saluth says and goes on to explain: “When Lord Buddha was still alive he used trees and caves as his lodging to obtain enlightenment. In this way he taught us to love nature and animals.” He remained for five years in Thailand; primarily for his studies, but also to develop the vision of the Monk’s Community Forest based on the conservation tactics of the ecology monks.

On February 7, 2002, Bun Saluth returned to his native Cambodia with a clear vision and the conviction that his country’s forests must be protected, setting up the Rukhavon Monk Forest Community. “When I returned home to Oddar Meanchey I realized the importance of these forests… In Thailand they have largely lost their forests and the government must replant huge areas. In Cambodia we should treasure the forests that we already have and preserve them for the next generation.”

Initially, the locals disapproved of his effort. His province, once a major battle zone during the 30-year Cambodian war, was being sought out by migrants and people with business interests who wanted to convert the forestland into farmland.

Bun Saluth’s story unfolded similarly. “At the beginning I was scared,” he says. “Until 2004 there were no other people living in the forest. Then between 2004 and 2008 more people started living here. A total of eight villages formed within the forest. I grew worried because the villagers did not know the boundaries and started cutting down trees. Even after putting up signs, some would refuse my request.

“We lost the forest and this made the temperature increase and our rain unpredictable, which lead to increased diseases and an increased release of carbon dioxide into the atmosphere. I had to think about ways to protect this land. So we [monks] created a boundary by digging a ditch around the entire forest.”

By 2008 the villagers finally began to understand the value of protecting the forest. Following Bun Saluth’s advice, they began to manage it in a more sustainable way, using it as a regular source of additional income with the mushrooms, bamboo, tree resin, and wild potato found in forest. Consequently, there is very little land encroachment since. “Even though there are more people living in the area, no one breaks the rules anymore”, Bun Saluth explains proudly.

The local villagers even started volunteering for the forest management committee. Together with the monks, they patrol the forest to prevent illegal logging and rescue wild animals from traders. They also make signs to teach the community about the forest and warn about fires.  For his work with the MCF, Bun Saluth was awarded the Equator Prize by the United Nations Development Programme in 2010.

“I got involved with climate change because if I didn’t do it, who else would?” Bun Saluth says.

Asked about a call to action, he makes a clear statement: “My request to the government is to encourage people so that every village can have a forest community. If so, the community will be independent and self-sufficient. They can thus have a fruitful life and benefit from free resources from their forest land. If a village does not have a forest community, in the future they will cry with no tears.”

According to the World Bank, 73% of Cambodia’s land area used to be covered by forest in 1990. Both legal and illegal logging reduced this figure to 57% of Cambodian land by 2010. Using the average amount of carbon stored in tropical forests (250 t C per hectare), that’s about 4.4 billion t C released during that period.

“I got involved with climate change because if I didn’t do it, who else would?” says the Buddhist monk and environmental activist, Bun Saluth. Under his leadership, six villages came together to protect 18,261 hectares of primary forest in the Oddar Meanchey Province, Cambodia’s largest community-managed forest conservation site. Bun’s unwavering commitment and dedication have inspired monks across Cambodia to follow his example – an achievement for which he has been awarded a UN environmental award by the United Nations Development Programme (UNDP). 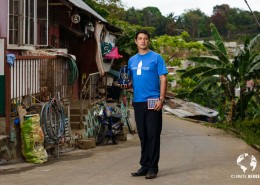 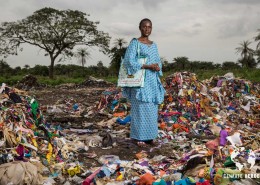 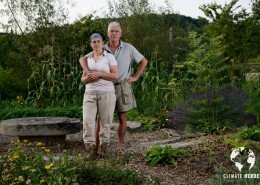 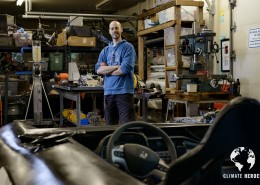 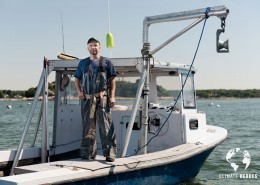 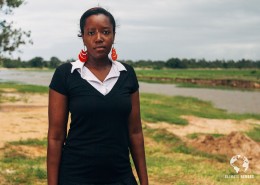 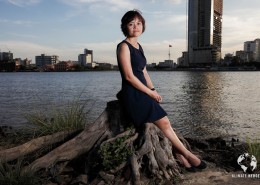 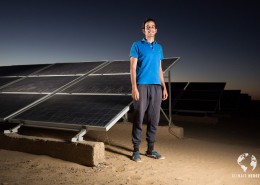